At Vtech CMCC, we participate in research projects to advance the knowledge on rolling contacts. Topics of interest are the contact and creep forces, and their consequences for vehicle motion, wear and rolling contact fatigue. We’re particularly interested in rapid fluctuations, contributing to squats, corrugation and squeal noise.

An example project concerns the work done for the US Federal Railroad Administration on friction in railway contact situations.

Friction plays a key role in many aspects of railway vehicle-track interaction, such as traction and braking, hunting, L/V forces, wear, and rolling contact fatigue. It varies a lot between different circumstances, like sunny or rainy weather, and the presence of sand, clay, rust, leaves, oil or grease, and so on. Furthermore, wheel-rail dynamics doesn’t depend just on the (maximum) level of friction, but also on change of the creep forces with changing creepage, that is, the creepage versus creep force characteristic.

A survey was made of different physical effects contributing to friction: solid and fluid interfacial layers, temperature, and surface roughness. Sub-models were established for elastic and plastic shearing of third body layers, heating of the contacting surfaces, and the effects of these on the coefficient of friction. The effects of surface roughness and fluids were also considered but haven’t yet been implemented. The resulting model is applied to simulate contact forces from various sources and shows great correspondence to the measured values. 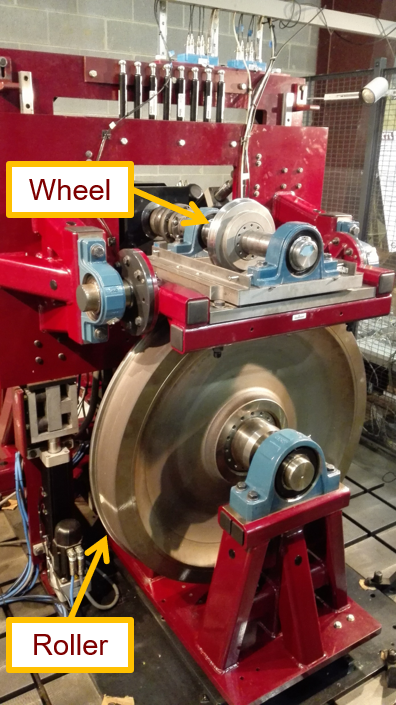 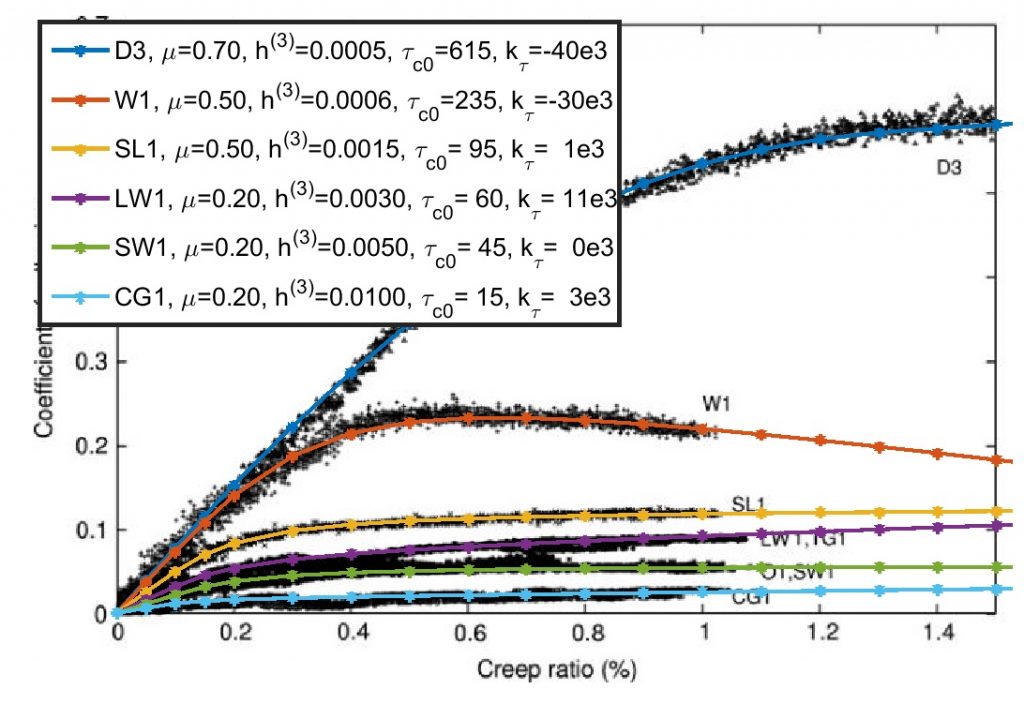 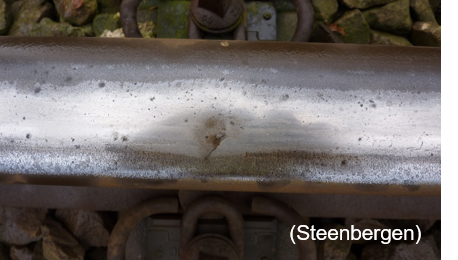 We’re here to provide any assistance on rolling contact situations. Leave us a message and we’ll get back to you shortly.